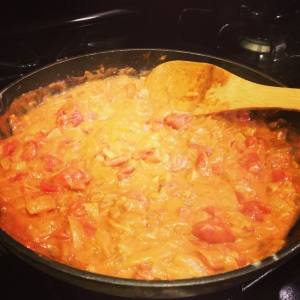 Lindsey found a great recipe for Chicken Tikka Masala. I say great in hindsight because I was very skeptical for two reasons. First, it promised to be quick, and second it promised to be healthy. Anyone who knows anything about Indian food (at least the curry we find in the U.S.) knows why I was skeptical. But I was wrong, it scored on both accounts.

Even though it was a relatively easy recipe, it was not without its challenges. First, it depends on a curry spice mix that was not easy for us to find. So, my adventurous wife decided to make it herself. It was a brave call, but for the second time today my beautiful wife was right. 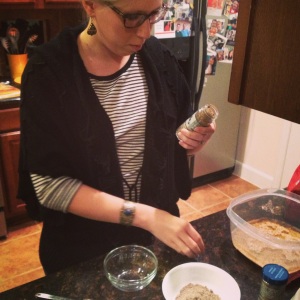 She pulled together what had to be 7 to 10 spices into a base Indian spice mix called garam masala. It served as the base for the curry (which is really just a type of gravy) with some to spare for next time. It turned out quite good.

We spent about an hour in the kitchen together, working through the recipes. It can be a little tough when we are both in the kitchen. I tend to be very direct and not take directions in recipes too seriously unless we’re baking. Lindsey is meticulous with directions and very careful with everything she does. These two styles don’t always mesh and can cause conflict, but tonight that was not the case. We had a disagreement over directions, but other than that it was a great time cooking together.

Spiced rice that we made and naan bread from HEB finished off the meal. We sat down to watch Downton Abbey and enjoy a great meal together. Sure, the weekend seemed to short as it always does, but this was a fantastic way to close it out. 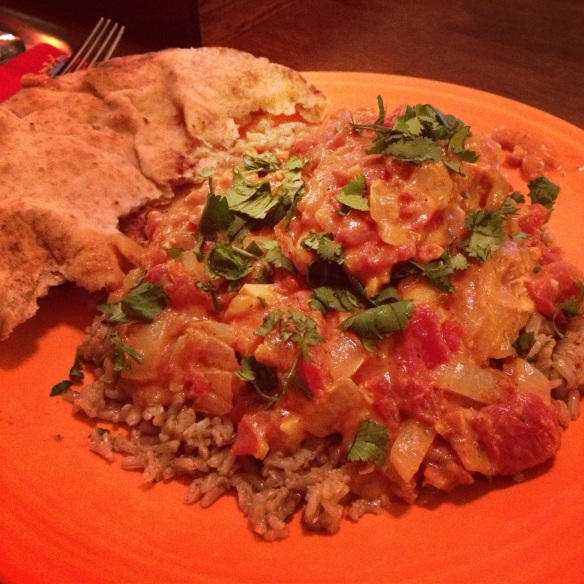